I have been hiding. I tricked myself into thinking that I was doing the most that I could do, but honestly I was comfortable with hiding. Finally, it caught up with me.

One of my gifts is to see potential in people and to speak to that potential, which encourages its development. I LOVE doing this, and it comes naturally to me.

One day, I was talking to a friend, and my gift of knowing was doing its thing. I told my friend that he should speak in front of more people and more often. I also told him that I could see him speaking to larger audiences and really influencing masses of people. I was in the zone, and on a roll, allowing the inspiring words to flow. Then, I stopped to take in his response.

He paused, nodded slowly, and stared contemplatively in the distance. Then, he looked at me and said, “Dana, YOU need to speak to more people, more often. People need to hear YOU talk. YOU need a bigger audience.”

“Wait…what?” was my first thought. If it were anyone else, then I may have laughed and thought the person was joking or mocking my words. However, I value my deep friendship with this person, and I greatly value his opinion, so I listened as he continued to encourage me to step out of my shell.

I couldn’t say, “No, you’re wrong” because his words stirred something up in me. I slowly nodded and said, “Yes, I will speak to larger groups of people.” We both nodded and smiled together in agreement.

The event was months away, so I had some time to prepare. I began to imagine what it would be like to speak in front of masses of people and to share inspiring messages. I even changed my Facebook profile picture to one that was taken when I shared a poem at an open mic event. I began studying public speakers, and started to pay closer attention to their techniques. It was scary to think about myself on the stage (and still is at times), but even more, it is exciting. I began to embrace it, take ownership, and started practicing more through visualization and small talks at venues.

I started to find my own way to share my messages, and I gave myself permission to take more risks.

Now…the event is definitely happening on November 29th, and I am honored to be on the stage.

All of this is taking place because I let the positive words of a good friend influence my belief in myself. 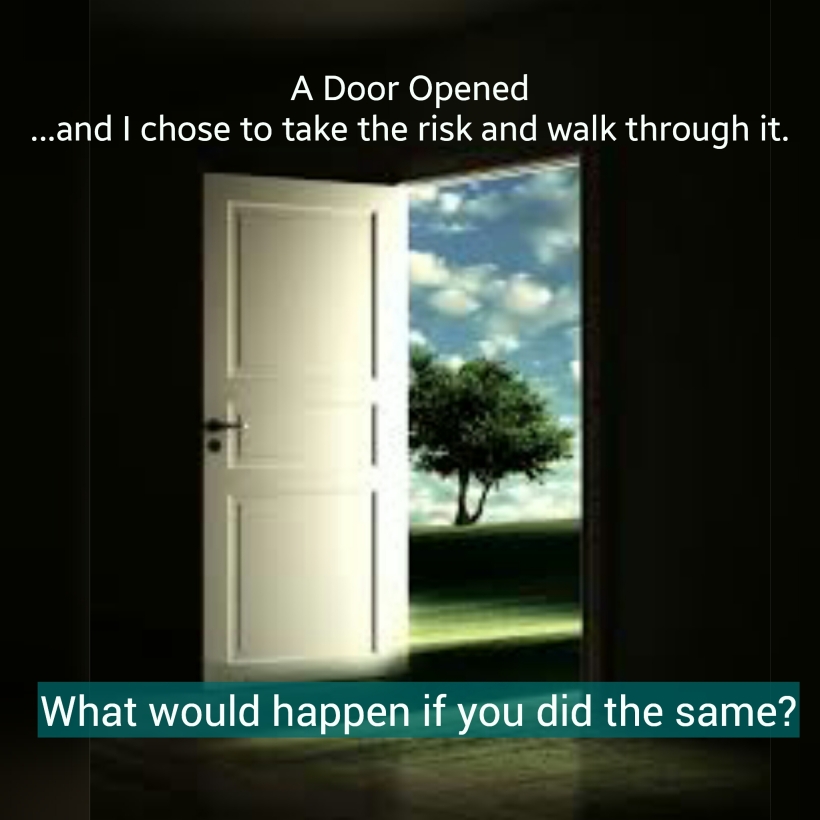 Who are the people in your life who lift you up and see you at higher levels than you see yourself? Spend more time with them.  Allow them to talk you into things you may have once thought were too far- fetched to happen. They just might be angel messengers in human form.

I am grateful that I listened, and now I am breaking out of my shell. I am allowing myself to express my Divinely inspired gifts in all the ways that I can, with as many people as I can. (It also helps to have someone to hold me accountable.)

I am very excited to see where this new step forward in my journey leads me, and I am open to it! November 29th…

And so, it begins!